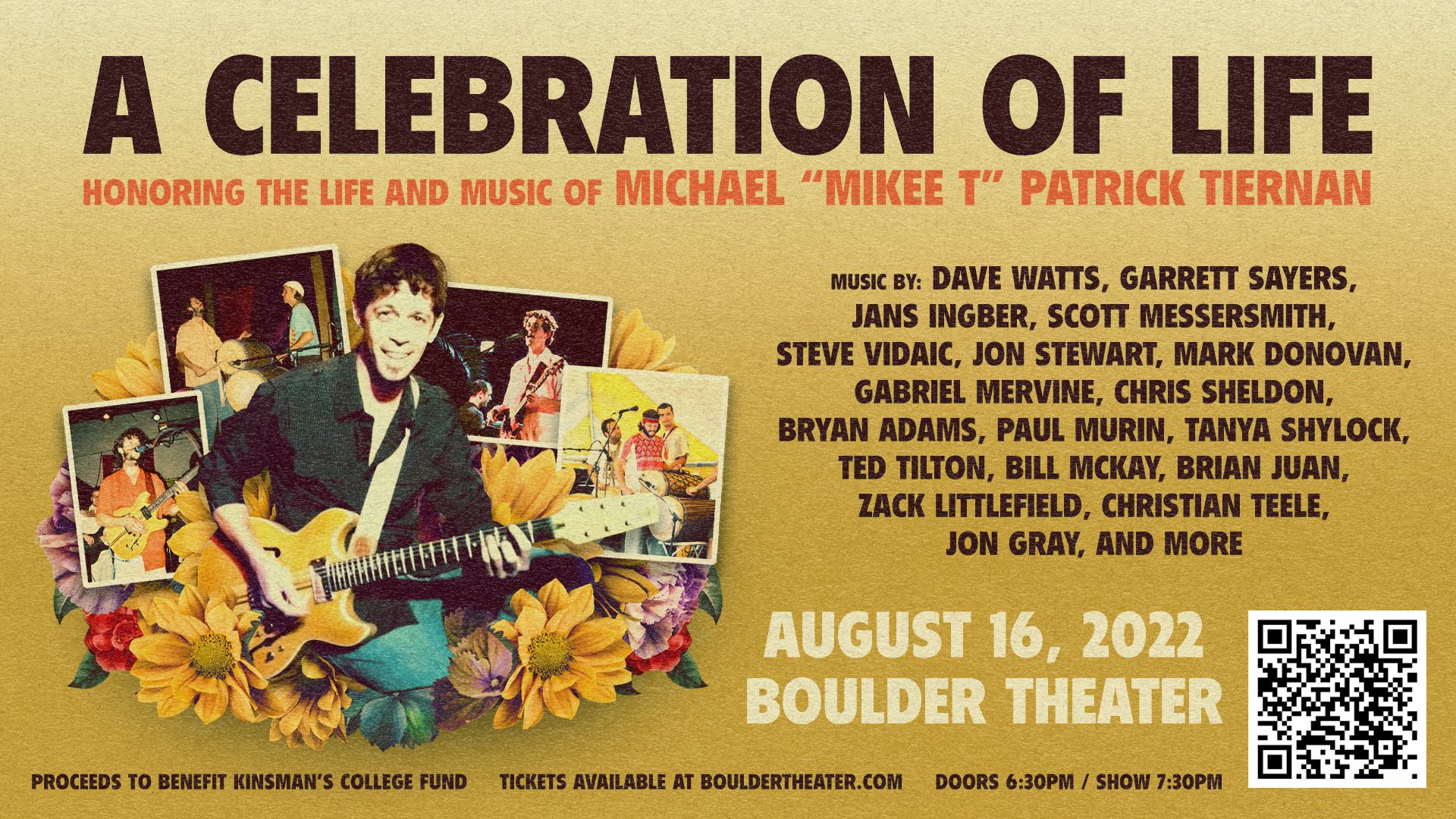 Michael “Mikee T” Patrick Tiernan: A Celebration of Life
feat. members of The Motet, DPO, Great American Taxi, The Peaceful Warriors & More
at Velvet Elk Lounge
Doors – 6:00pm
Show – 6:45pm
General Admission: $21.84
Day of Show
Ages 21+
**NEW VENUE – The Celebration of Life for Michael “Mikee T” Patrick Tiernan at the Boulder Theater has been moved to the Velvet Elk Lounge. All previously purchased tickets will be honored at the new venue.**
Join us for an evening celebrating the life and music of Michael Tiernan “Mikee T”, who was an incredibly talented musician, touring with The Motet for many years, and with his own bands, The Peaceful Warriors, Jersey Fresh, and 42 Main Street Delicatessen Band, among others. This concert was put together to honor his music and to raise funds for his son, Kinsman Tiernan. Kinsman is an aspiring musician who has played the drums since before he could even walk. Kinsman wants to study music and engineering in college. A 529 college fund has been established for him and all proceeds from the concert will go directly to that fund.
Join us for a joyous night of connection, remembering, and community with uplifting Mikee T inspired music from members of the Motet, Dead Phish Orchestra, Great American Taxi, Peaceful Warriors, and many more! If you were a fan of old-school Motet, you don’t want to miss this, as their old-school rootsy tribal tunes will be played on this night!

This site uses Akismet to reduce spam. Learn how your comment data is processed.